Thank you for your patience while we retrieve your images.

20 photos
In the late 1980’s Brenda Turnnidge was based in Sheung Wan, the heart of traditional Hong Kong where Chinese medicine shops offered illegal and often exotic remedies against practically every ailment known to man, where snakes and sharks’ fin were left out on the streets to dry alongside freshly laundered underwear and where funeral and incense shops sold everything necessary to ensure the recently departed a safe passage to the other world.

These shops sold paper offerings and effigies which provided a bridge between two worlds, the world of the living and that of the dead. Paper homes, cars and money, replicas of the ones the deceased possessed in his life on earth were available to comfort him should he miss anything once in the other world.

Returning to her old stomping ground in 2009, Turnnidge was curious to see if these shops still existed, she was pleasantly surprised to discover that not only were they there but that they carried a wider range of stock adapted to the needs of the modern world and deceased who’d been high-tech savvy fashion victims.

You can now climb the stairway to heaven with a Louis-Vuitton picnic basket full of everything from Mac Donald hamburgers and cup noodles to fresh lobster, sipping French brandy and puffing on a Halloro cigarette on the way. Good news, once dead, cigarettes and alcohol can no longer damage your health.

* 2019, the practice of burning paper effigies is now on the decline in Hong Kong and other parts of Asia. 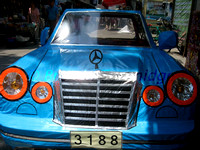 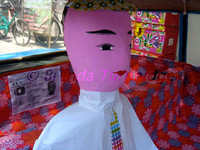 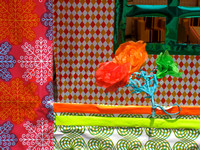 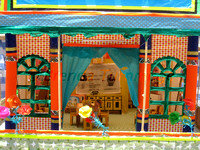 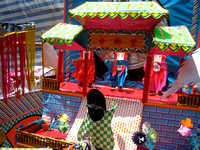